The purpose of Delicados, Incorporated is to promote unity and friendship among the chapters and to engage in civic, cultural and social activities in the world community.

A Message from the National President

Everyone can agree now six months into the year 2020 has been very challenging. Yet, it has left many people soul searching as to where do we go from here. The coronavirus has ravaged our communities. In recent weeks, protests have shaken this country and around the world resulting from the killings at the hands of police, racial profiling, racial inequity and racial injustice. Over the past 70 years the individual actions and protests lead to landmark decisions that have influenced public policy to date such as: 1950’s Rosa Parks, 1960’s Fair Housing Act, 1970’s March to support Equal Rights Amendment, 1980’s NOW -The National Organization for Women was organized, 1990’s Civil Rights Act of 1991.

Our voices are being heard louder than ever before. Now is the time to put our voices to work and VOTE. This is an important election year. If you are able, work the polls, get your family and friends out to vote. Don’t let the protests be just an exercise. Let the protests be a movement for change.

In keeping with community and tradition the National Delicados, Incorporated encourages and supports the following programs. 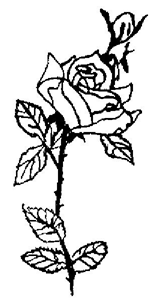 Life is so much like a Rose – it’s planted, it buds, it blooms, and then blossoms, displaying the ultimate beauty of God’s artistry.